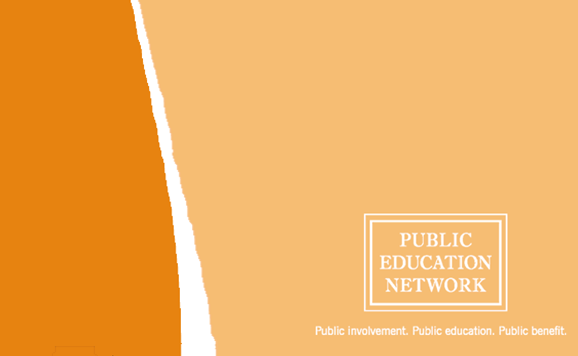 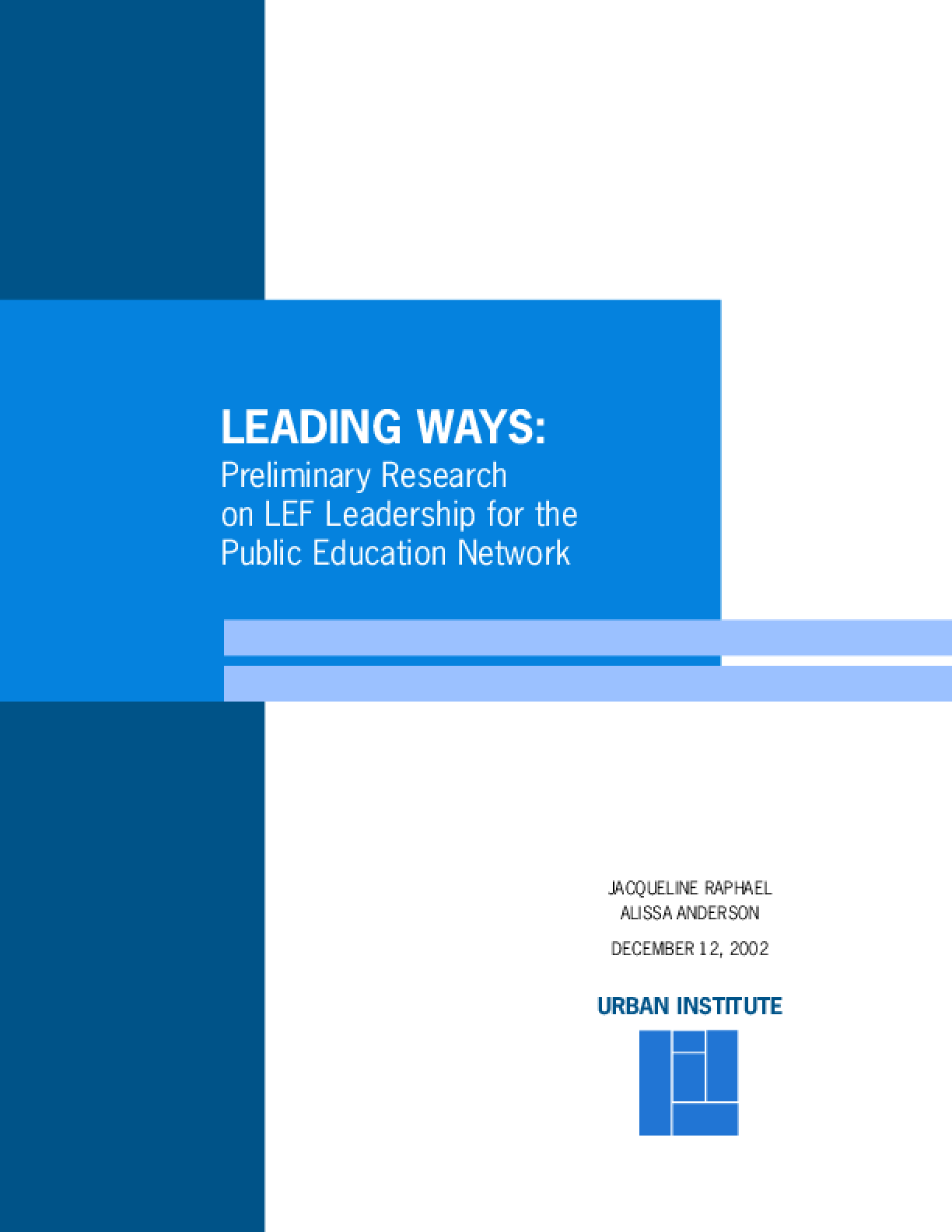 In the early 1980s, public schools, particularly in urban areas, were struggling with changing demographics and a need for greater community commitment to public education. Small independent community-based organizations, called local education funds (LEFs), were first established at this time by community leaders to bridge the gap between communities and their schools. Twenty years later, the Public Education Network (PEN), the national organization of more than 70 of the country's LEFs, is championing LEFs' unique contributions to educational reform and planning new methods to continue to support their work. One important aspect of PEN's efforts is the development of a research agenda around LEF leadership and effectiveness.The Urban Institute has supported the emerging research on LEF leadership in several ways. First, in 2001, researchers administered and analyzed results of a survey of all current LEF executive directors. The results provided a snapshot of leadership characteristics and attitudes. Second, in 2002, researchers reviewed existing literature on LEFs and nonprofit leadership and interviewed several individuals about the founding of LEFs. Third, also in 2002, researchers conducted 60-to 90-minute telephone interviews with 10 founding directors of early LEFs.This report describes efforts by the Urban Institute and PEN to better understand and describe leadership in LEFs. The research conducted to date reveals the following common features of LEF leadership:LEF leaders create a space for sustained collaboration in communities. Founders, in particular, see their work as establishing unique and lasting forums in their communities.LEF leadership fits well in an adaptive leadership framework, in which the director educates him or herself about community values and exposes issues that must be resolved through collaborative action. Adaptive leaders mobilize others around a community consensus rather than dictate a solution. In the case of LEFs, developing key relationships contributes to successful leadership.These relationships involve community members, principals, government officials, local businesses, and other stakeholders. Because LEFs are meant to provide a permanent venue for collaboration, these relationships are not only instrumental but also ends in themselves.Although LEF leaders are extremely invested in their communities in terms of socioeconomic status and race, they are not typically representative of the communities their LEFs serve. This gap in constituency and representation leads to uncertainty about whether LEFs effectively engage all segments of the community in their work. More inclusive leadership, then, is an issue worth exploring.LEF leadership appears to involve making strategic choices in an environment of constraints. With limited human and financial resources, LEFs must attempt to achieve their goals through a complex interaction with their communities and schools. Key stages in LEF development include the shift to greater community engagement and systemic reform. However, not all LEFs follow the same developmental pattern. 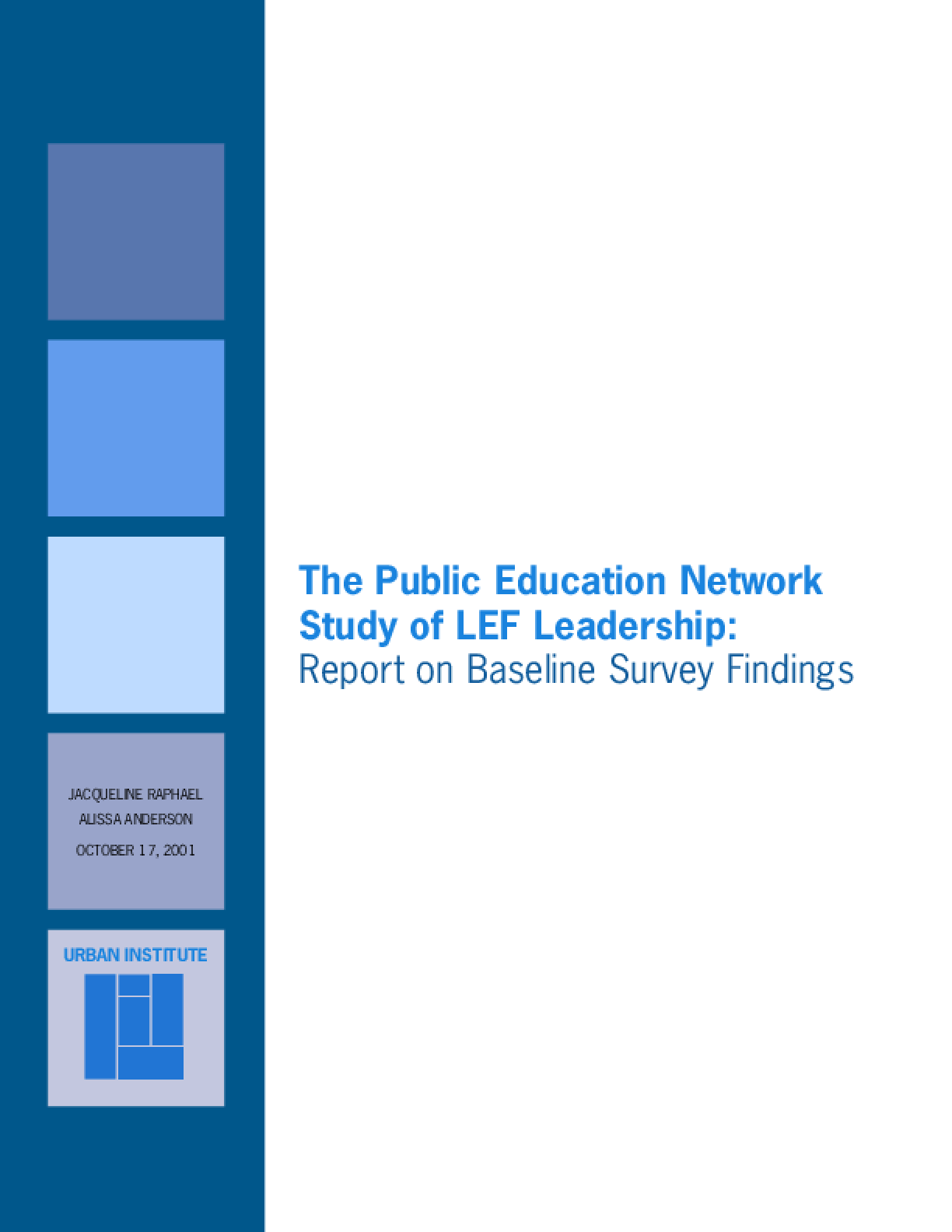 Many nonprofit organizations seek to make change. To that end, much needed "capital" -- variously described as social, public, professional, and human -- is being brought to bear upon pressing social issues. Researchers across the country are attempting to understand how these resources are being generated, deployed, and administered, and to what avail. Of particular interest here are local education funds (LEFs) and their leaders. LEFs are a set of voluntary, intermediate, and mission-driven organizations, conceived by the Ford Foundation in 1983, which sit strategically at the nexus of educational and civic capacity building. This report provides the results of the first phase of the Public Education Network (PEN) leadership study, a baseline survey administered to 59 LEF executive directors.The survey had two purposes: to provide a snapshot of leadership characteristics and perceptions of executive directors -- information never before compiled and examined -- and to gather contextual information on the LEFs and the communities they serve. The results will be used as a foundation for subsequent research on LEF leadership. In time, the findings from this research will assist PEN in its efforts to nurture and sustain LEF leadership.